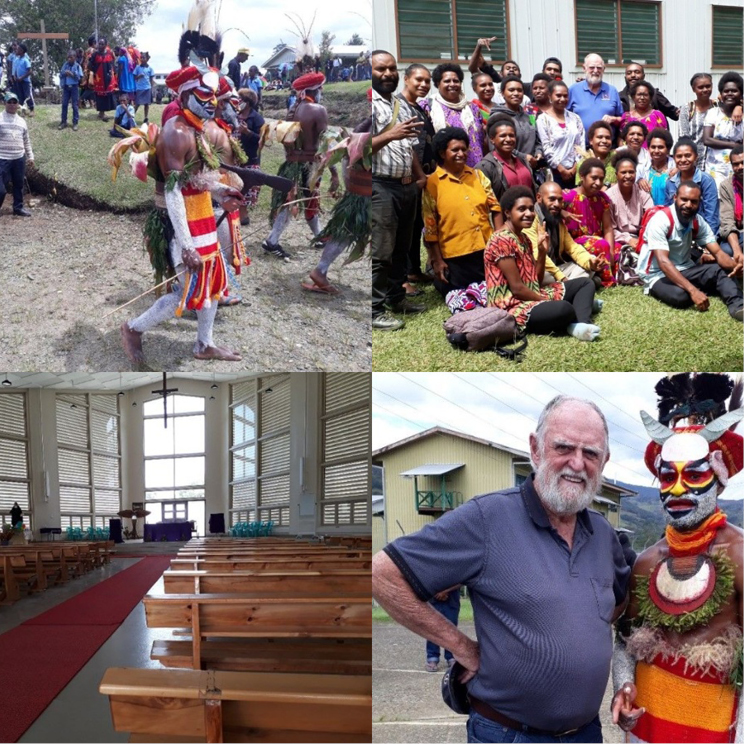 Brother David invited me to join the Mount Hagen community in February of 2021. Covid and immigration restrictions prevented me from travelling here until March 2022 and, even then, on just a thirty day tourist visa. I have to return to Oz next week and try to get a longer, special exemption visa with the support of Holy Trinity Teachers College. They seem to want me back!

On my first, short visit to Port Moresby, the visuals were not good. There seemed to be many people on the streets with nothing to do. I was later told that unemployment in some areas is as high as 70% and that, as a consequence, there is a high level of crime. Brother Antony Samy informed me, however, that graduates of La Salle Technical College have a high employment rate, and Brother Paul Toohey tells me that De La Salle Bomana is one of the top ten schools in the country.

The welcome I have received from Pinto and Raffy in the Brothers community has been most warm and fraternal. There is a strong Lasallian spirit abroad. De La Salle’s statue is to the fore in the Mount Hagen chapel and, on my first Saturday, I sat in on a gathering of Lasallian co-ordinators who work in the college and at other schools such as Kondiu, though there are no Brothers there these days.

I’ve met Archbishop Doug Young, whose archdiocese is centred on Mount Hagen. Doug is a Divine Word priest, and a former student of La Salle Academy Lithgow, from around 1970. That’s him in a red cap and carry a peace spear on a special occasion at the college. The twenty-two bishops of PNG and the Solomons were welcomed here as they gathered for their annual conference, held this year in Mount Hagen.

Students were very proud to show a little of their local cultures, which they could do in numbers since there are 800 students at the college. I am pictured with a Western Highlander, but the Goroka mud men and dancers from the Sepik area also performed.

I’ve shown power point presentations to many classes, informing them of the situation experienced by their brothers and sisters in South Sudan, which were received particularly well. Apart from that, I’ve taught quite a few English lessons to years 2, 3 and 4, trying also to include practical hints on how to manage a class while teaching any subject. I have four more classes on Monday with Level One. I will then have had at least one class with all 800 students.

I’ve certainly enjoyed it, and they seem to have done so too. It’s a privilege to be allowed to make a small contribution to a place where the De La Salle Brothers have had such a memorable impact. The eyes of older staff members open wide with delight at the mention of names such as Peter Gilfedder and ‘Iggy’ (Ignatius Kennedy).

All the Brothers should be proud of what has been, and continues to be, achieved here.