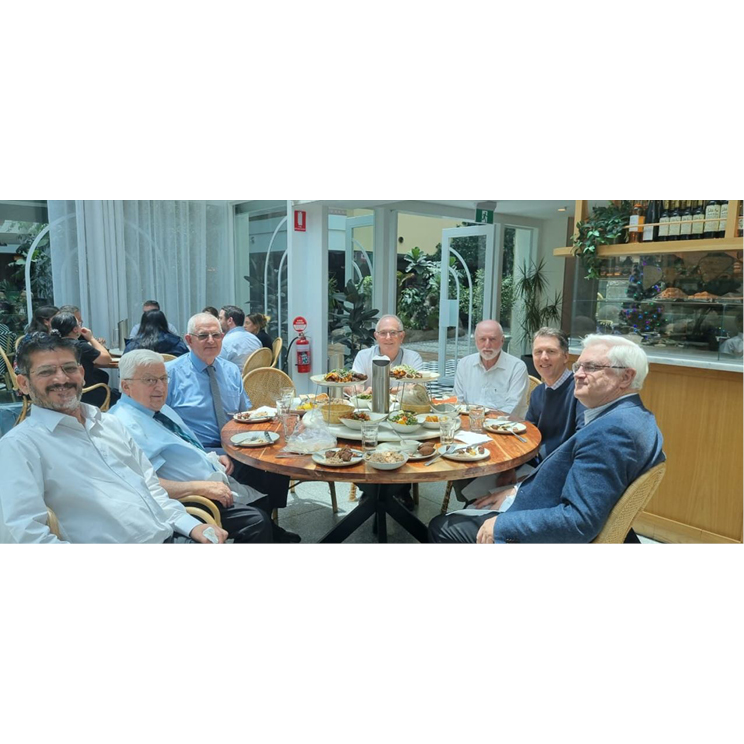 The office of the Brother Visitor in Lasallian tradition has strong notes of planning, animation and direction of the mission, as well as concern for the Brothers’ welfare in their communities; by extension Lasallian colleagues are part of his purview. This multi-tasked role of leadership is helped by a “District Council” which is also mandated “to promote the unity of the District”. One could argue that in a multi-national ANZPPNG District, covering not 100’s but thousands of kilometres, a Council’s role is crucial.

The Council has a number of Brothers elected by the District Chapter. In addition, the Br. Visitor has the option of appointing additional Brothers, as well as inviting people with various expertise, as consultants. At its regular meetings, the Council’s votes on many issues in an “advisory” capacity.

There is a sense of community in that Visitor and Council “draw up plans together”, and that they “complement one another”. The Brothers’ “Administrator’s Directory” (2017) speaks of the District Council as “an executive office of government” which suggests its decisive action, and as “a body of discernment” which intimates its exercise of wisdom.

Yet, perhaps because of the maximal practice of authority in Catholic Church governance (i.e., massive centralisation of the Papacy) the Congregation has taken this ecclesial mode as a model. In essence, the Br. Visitor has a free rein in decision-making in most cases. He is the “President” of the Council, but does not vote; he “presides over”, and he “convokes” meetings. The agenda “are under the direction” of the Visitor. [cf. the Brothers’ Rule]

In particular matters, the District Council has a “deliberative” voting right. The Br. Visitor cannot go against a negative majority, deliberative vote in the following matters:

The President of the Council is Br. Visitor Timothy Peter, hailing from Orange, the mid-west of NSW. He has taught in four Lasallian Colleges at Mentone, Scarborough, New Plymouth and Malvern. He was Principal- over twenty-one years in all - at Frawley College Scarborough, FDMC New Plymouth and DLS Malvern. Br. Tim has also had 10 years as an important presence and ‘Lasallian Facilitator’ at the very diverse and professional youth welfare agency of BoysTown, now yourtown. In recent years, he has been a Brothers’ community director of a dual-site community, a member of the District Council, and for 4 years the Auxiliary Provincial.

For Br. Tim,  leadership, as he says, has “always been mission-focussed, as far as young people are  concerned”. For him, at the present point of change in the District, he sees risks as important, as is working by respectful association with lay colleagues, with their full recognition. Through his experience and conviction, he affirms the status of women in the mission. Formation is a sine qua non; the support of schools is essential; visibility / witness is vital.

Br. Mark McKeon joined the Brothers in 1983 and taught in PNG for 6 years, then 7 years at Mangere and New Plymouth before transferring back to his homeland Australia. There were 4 years of service at BoysTown in social welfare. At Oakhill College he pioneered school-based Lasallian youth ministers before becoming the Vocations and Youth Ministry Coordinator in 2004 (till 2012). He has been Auxiliary Visitor, and was a member of the District Council (2009-14). After his appointment as Visitor in 2013, he has broadened his ministry even further in seminary formation in Auckland, and roles as Vice President for Human Resources and youth ministry at the De La Salle-administered Bethlehem University in Palestine. An M.A. in Education, he is also a qualified practitioner in spiritual direction.

Br. Rory Higgins, coming from Adelaide, joined the brothers in 1971, teaching for five years at La Salle Lithgow and Benilde High, Bankstown. He has been a senior school Coordinator, Deputy Principal and then Principal at Oakhill and St. Michael’s Adelaide 1992-94. A long stint of 8 years at St. Bede’s Mentone, years of missionary teaching in Mt. Hagen, PNG (over 6 years), led to appointment as Novice Master for the PARC Region for 7 years. A M.Ed. from Sydney and a M.A. from Loyola Uni, Chicago has skilled him in schools, missionary work and Lasallian formation. He has authored 5 publications.

A newly-elected member of the Council, Br. Sajid Bashir became a Brother in 2003. He has ministered in Karachi, then Faisalabad, where he became Director of the Juniorate/Aspirancy for 4 years, before transferring to the recognised National Catechist’ Training Centre in Khushpur, as Director (2013-16). Over the next 6 years he has been the Principal of La Salle High School Campus 2 in Faisalabad, as well as Community Director.  Sajid has an M.Ed from Allama Iqbal Open University. He has done several religious formator courses in Sri Lanka and Thailand, and was elected as a General Chapter delegate by ANZPPNG.

Br. Lewis Harwood, from Sydney, gained his Bachelor in Social Science and Grad. Diploma of Education before joining the District and doing the San Francisco USA Novitiate with American entrants in 2010. Six months of theology at La Salle Philadelphia led to appointments at Oakhill College, DLS Mangere (2014-18), before secondment to LMS at Bankstown, while being Vocations Director for 2 years. He has been a member of the Council since 2018. Currently, Lewis teaches at St Bede’s College Mentone.

The Rule of the Brothers of the Christian Schools (2015), Art 147-149 for quotations unacknowledged above.