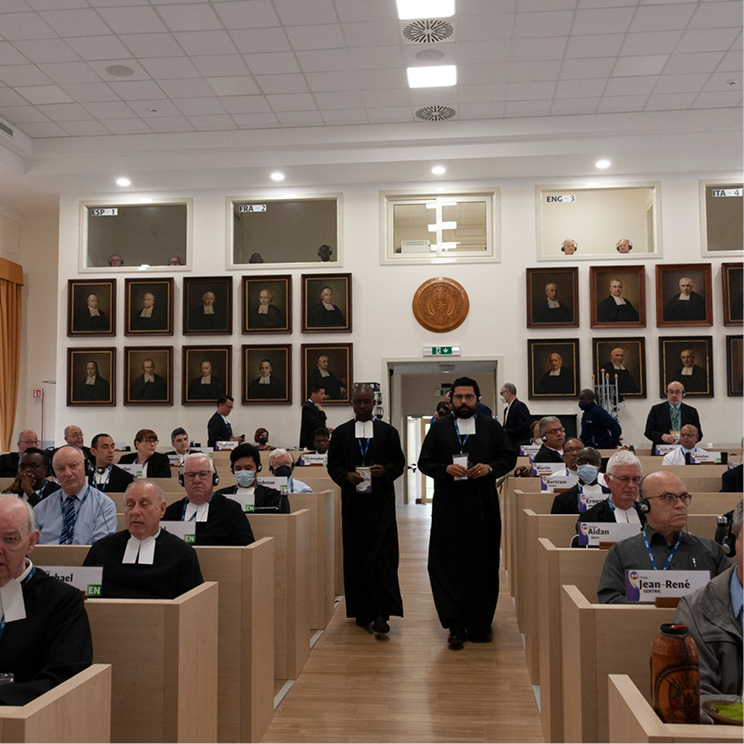 On 1 May 2022, the 46th General Chapter of the Brothers of the Christian Schools, convened every seven years, will open at the Generalate in Rome.

The Chapter, rescheduled one year later because of the pandemic, will end on 22 May with the election of the new Superior General, Vicar and General Council.

Brother Robert Schieler, Superior General in office since 2014, will welcome the 71  Brother Capitulants with right to vote, from all Lasallian Districts around the world.

In addition to the Capitulants, there will be present: 13 Brothers, lay people and Sisters María Cervantes Heredia, HGS, (Superior General of the Guadalupana Sisters of La Salle) AnhLoan Therese Do, LS.S. (Lasallian Sisters of Vietnam) and Leslye Sandigo, FMA (Daughters of Mary Help of Christians)  who will be the facilitator of the General Chapter.

Three phases of the General Chapter are planned to reflect and working together through prayer, study and new proposals: Joy in thanksgiving, Boldness in truth and Strength in decision. At the end of the third phase of work and discussion, it is planned to hold the election of the new Central Government.

The Superior General, Robert Schieler, who with his General Council has guided the Institute during the last mandate, hopes that: "with the theme Building new paths to transform lives, the Chapter Delegates will open a path that invites Brothers to be more mobile, to move on riskier terrain with vulnerable populations. Innovators and pioneers less concerned with their own comforts and more rooted in their relationship with Jesus to bring education to all those living on the peripheries of society".