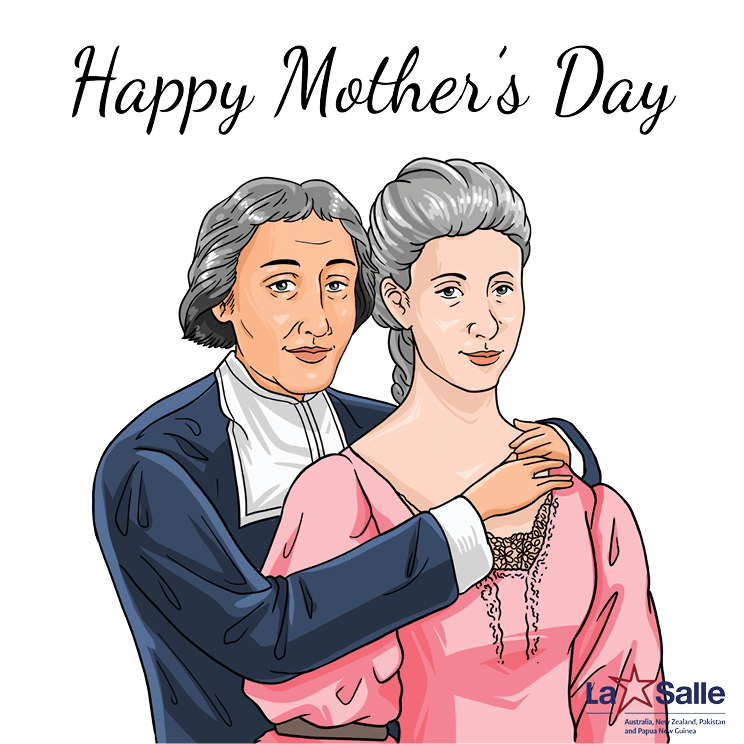 Nicolle Moët de Brouillet, the mother of John Baptist de La Salle, was born on 30 November 1633. She was the second child and the first daughter of a noble family, her father Jean rejoicing in being ‘squire’ of Brouillet, Dugny, Louvergny, Bronville, Le Griffon, Terron-sur-Aisne, Thillois, and Saint-Étienne-à-Arnes.

In the church of St Hilaire, Reims, Nicolle married Louis de La Salle on 25 August 1650. Nicolle was 16, Louis was 24. Marriage at such an age was not unusual: Nicolle’s mother, Perrette Lespagnol, was 14 on her wedding day, and gave birth to her first child, Nicolas, two years later.

Nicolle and Louis had eleven children, of whom John Baptist was the first-born, and of whom four died in infancy. This sad reality was not unusual either: Nicolle herself was one of five children who survived into adulthood; another five died at an early age.