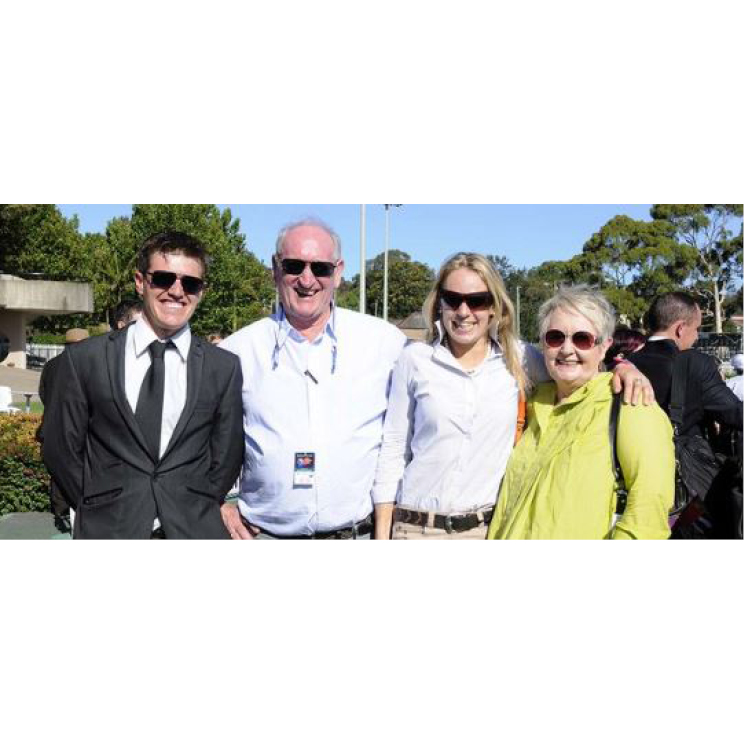 Sid was a strong, beautiful, beloved man; he was a cherished husband for 56 years to Carolyn, a devoted father, and adored papa and grandpa.

Both Sid and Carolyn were Benefactors of the Brothers supporting San Miguel for many years. San Miguel helps to transform the lives of young parents and their children by improving their safety, wellbeing and life prospects. To find out more about San Miguel, visit https://www.yourtown.com.au/our-services/san-miguel

Sid was approached to help support San Miguel through Br Finbar Kelly. Others have said, 'Once Br Finbar got you, there was no escape!'. However, Sid seemed to admire Br Finbar and was very willing to help.

Sid and Carolyn were very generous with their money, time and contacts. Sid had considerable organisational skills and an ability to get other people involved in charitable projects. He was involved in administrative roles with several charities, including the Starlight Foundation.

Sid organised the Champions of the West fundraising dinner for San Miguel where  he worked with Bryan Brown who is also a great supporter of charitable works. Brian had many contacts as did Sid and this contributed to the great success of the venture.

Bryan Brown was a benefactor in his own right. He paid for building a three-bedroom house at San Miguel, which was used to transition families back to independent living. It was named Molly Brown in honour of Bryan's mother.

Sid had an interest in racing and breeding racehorses. He served on the administration of the Hawkesbury Race Club. In that capacity, he organised a San Miguel Race Day, including a San Miguel Cup as a fundraiser for San Miguel.

"Sid was an extraordinary individual. His passion, kindness and determination to assist people less fortunate than himself is the benchmark we should all try to attain," said Mr Peter V'landys AM, Racing NSW Chief Executive.

Unfortunately, Sid suffered from Cancer for quite a few years and eventually, it overcame him.

Throughout his life Sid exhibited the virtues of a good Christian in his concern for those less fortunate. We confidently leave him in the hands of God who promised through Jesus to reward those who cared for the poor and the marginalised.

We also pray for Carolyn and the family. Carolyn supported Sid in all he did.