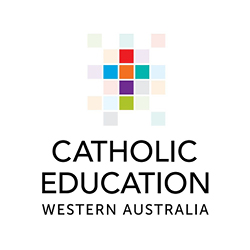 Catholic Education Western Australia (CEWA) is pleased to announce that after a period of six years away from the community in Balgo Hills, the De La Salle Brothers will return to serve at Luurnpa Catholic School and the Balgo Hills community in 2022.

The District of Australia New Zealand Pakistan Papua New Guinea (ANZPPNG) of the De La Salle Brothers and the Catholic Diocese of Broome have agreed that Brother Richard Gaffney, a former principal of Luurnpa Catholic School, and Brother Michael Neville will be appointed to the school next year.

Br Rick will take on the role of Assistant Principal Religious Education, while Br Michael will provide pastoral and administrative support to staff and students, as well as working in the community.

In the early 1980s, members of the community at Balgo Hills asked the Bishop of Broome for a Catholic school, with the De La Salle Brothers, along with the Sisters of Mercy, accepting the request to serve the school community. While the Brothers closed their community in 2016, the District has coordinated Lasallian volunteers to support the school since this time.

CEWA Executive Director, Dr Debra Sayce, said the Brothers’ experience and commitment to the posting in the community would be positive for the school.

“It is important for staff that take up roles in remote schools to understand the learning and pastoral needs of the students in the communities they serve – particularly in remote communities.

“It will be beneficial to have Br Rick and Br Michael rejoining the school in 2022 - their connection with the Balgo community, having served at Luurnpa previously is very welcome,” Dr Sayce said.

“The appointment of Br Rick and Br Michael to Luurnpa Catholic School is a response to Pope Francis’ call for us to serve at the margins.

“The Balgo community is rich in history, culture and resilience, but we also recognise the disadvantage and marginalisation experienced by students there due to the community’s remote location and the historical and ongoing results of colonisation in Australia,” Br David said.

“Br Rick and Br Michael have personal experience of this unique context and will strive to actively support the learning and development of students in Balgo”.

The return of the two De La Salle Brothers in 2022 will also consolidate support to be provided to the school and community by the broader Lasallian community, including opportunities for Lasallian volunteers, and students and graduates from Lasallian schools, to serve in the community.

Bishop Michael Morrissey, Apostolic Administrator of the Diocese of Broome, said he was pleased that the Diocese and CEWA had the opportunity to work together and extend an invitation to the De La Salle Brothers to return to the Luurnpa Catholic School community.

“The community at Balgo Hills is a unique and important one in the Diocese of Broome,” he said.

“Luurnpa Catholic School has a strong history of partnership with the community, and the De La Salle Brothers have been an important part of this history, so it is wonderful to see them back to serve the community in 2022”.