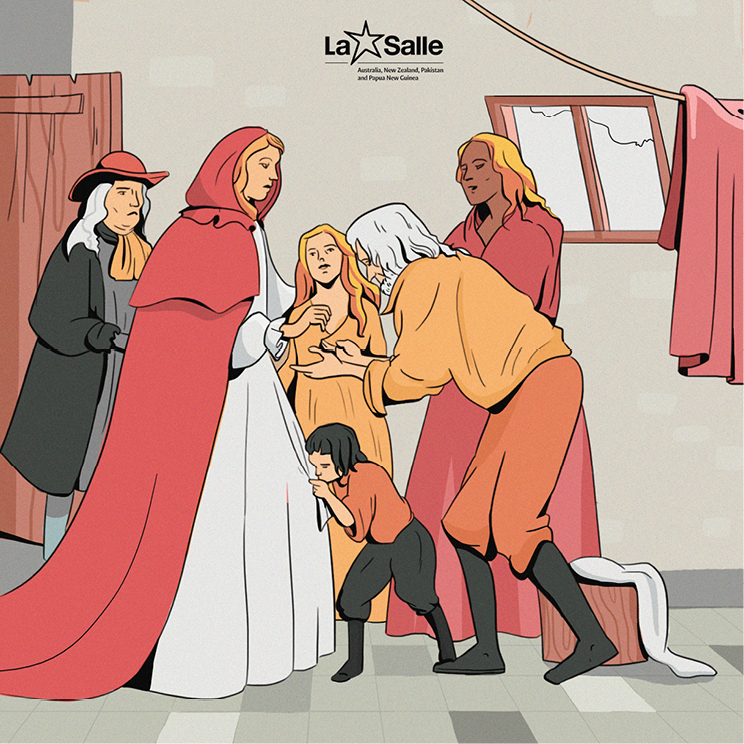 A crucial agent in the ongoing Lasallian story

Mme Maillefer is one of a long list of women who were and are crucial agents in the ongoing Lasallian story, but who have received scant attention.

Born Jeanne Dubois, in Reims, she was baptised on 27 October 1622, and was probably born that same day. In 1648 she married Ponce Maillefer, a cloth merchant in Rouen who also served as a judge and magistrate. She was a relative by marriage of John Baptist de La Salle, and would certainly have known about his situation as a distinguished priest and canon in Reims, her hometown.

Mme Maillefer had taken a generous interest in the education of poor young people in Rouen, and in nearby Darnétal had co-founded, with Adrien Nyel, a school for girls.

It was Mme Maillefer who in 1679 asked Nyel to go across to Reims to set up a school for poor boys, where, more or less accidentally, he met John Baptist de La Salle.

We can say that without his mother Nicole, John Baptist would not have existed at all; but without Mme Maillefer’s initiative it is unlikely that he would have turned his attention to the effective education of poor young people. And we wouldn’t be reading this.